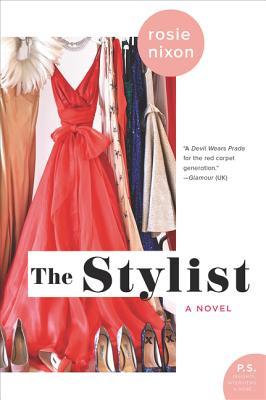 The Stylist by Rosie Nixon

Despite working at a fashion boutique in London, high-end fashion is not exactly Amber Green’s passion. During a break filming a pilot show following around famed stylist to the stars Mona Armstrong, Amber finds herself mistaken for a stylist’s assistant. Within 24-hours, Amber is whisked away to Los Angeles to act as Mona’s assistant, finding the perfect looks for the red carpet runways during Awards season. Once in LA, Amber finds out that all that glitters is not gold, and the life of a stylist isn’t as well put-together and polished as she had imagined.

This books i catching a lot of comparisons to The Devil Wears Prada. What do they have in common? A girl with the job a million girls would kill for, working in fashion, bumping elbows with celebrities, working for a boss with impossible demands and unpredictable mood swings. Amber is the girl who doesn’t fit into the fashion world, yet somehow makes all the right decisions (even by accident).

Although there are a number of faults with the characters and major plot-holes throughout the book, I still found it to be a fairly enjoyable read. The romantic storylines were so baseless and hardly added anything to the plot. The book could have used more depth and exploration of specific characters. So many of the characters were caricatures and stereotypes we’ve seen before. I would have liked it more if Nixon explored Amber’s relationship with her roommate and that whole subplot of her room’s alcoholism, or even Mona’s deteriorating reputation within the celebrity circle.

If anything came from this book, its my renewed interest in watching the pre-show interviews during awards season next January!